Thyroid Cancer Survivor on the Pacific Crest Trail & Beyond

It’s an early start as we turn South for the long drive to Durban. It’s me, Cherub and her parents Shelagh and Nat in their car. We’re loaded to the roof with the tiniest slot to see out the back. There’s just not enough room for Dayle and Dylan so they’ve got to piece together a drive and a flight to get to Durban. It’s beautiful scenery as the kms fly by. As it gets hot in the car I begin to struggle a bit. Feeling a bit queesy and sick. Somehow a bit of food and a nap help.

As we approach the coast, we slip under the fog. It’s so crazy how the visual of fog makes me think cool and refreshing. But no, we pile out of the car into the heat and humidity. It’s like the cruelest trick and such an amazing thing that fog for me means cool. I take a shower before dinner but I’m still just a sweaty mess.

I’m happy for a few relaxing days before I venture out to see the sights. It doesn’t hurt having some kitty cuddles too! 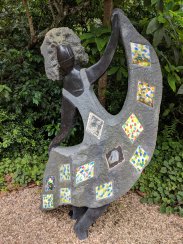 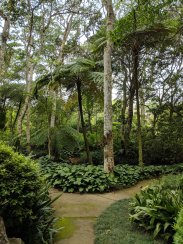 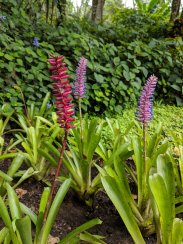 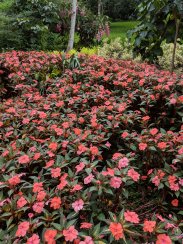 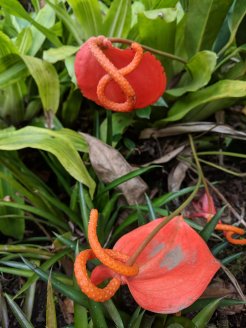 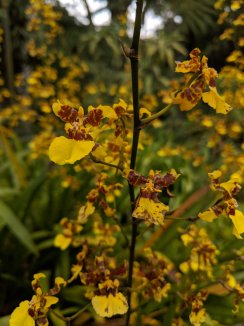 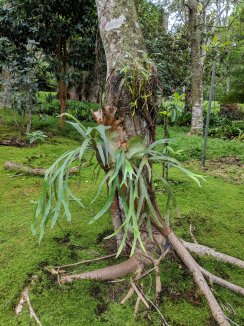 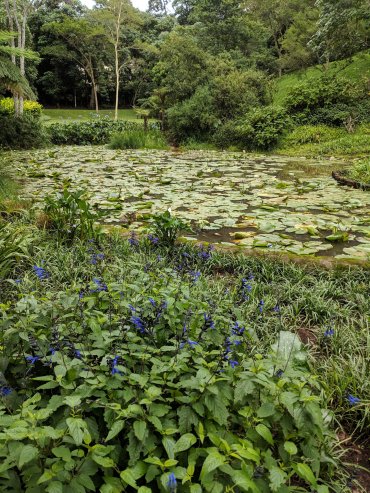 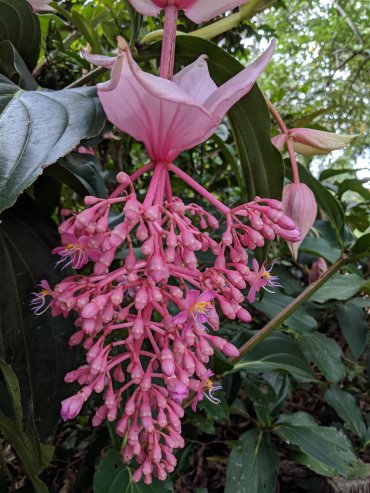 Umgeni Steam Train
I can’t believe it but the crew has never taken this train to Imchanga before. It’s got sweet old cars and it only takes us a little while to figure out that the windows open downward. We roll through the Valley of 1000 Hills which are a bold green spotted in with homes. Some are mansions and some peri-urban. Not really informal settlements as their placement is certainly designated by a chief. There’s craft and food vendors at Imchanga and within an hour we’re headed back. 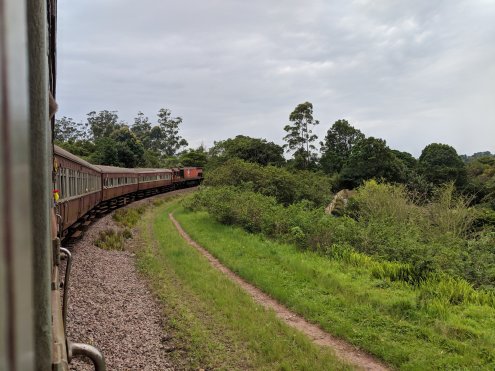 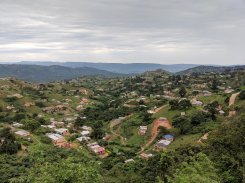 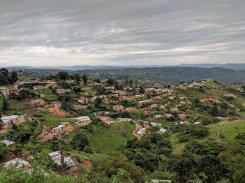 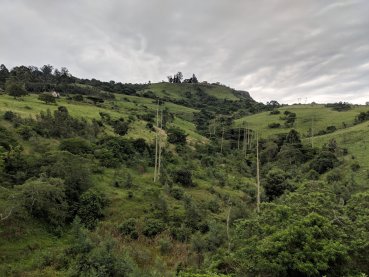 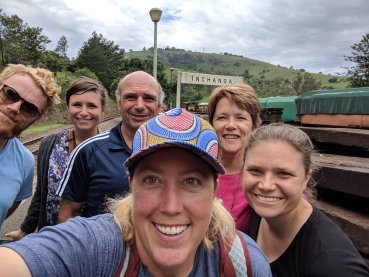 Durban Beach Front
The plan is to climb the Moses Mahbida Stadium, home of the 2010 FIFA World Cup, but the tickets are sold out. Cherub and me decide to rent bicycles and cycle around the beach front. It feels so good to be on a bicycle and get the blood pumping. The masses are out and it’s quite the scene. People in the waves, people in pools, people in the sand, people in the restaurants. We zip along but only have time for a round trip on half of the beach front. We cycle back to the Mahbida Stadium just in time to see someone bunjee jump into its center. An orange popsicle rounds out the experience. 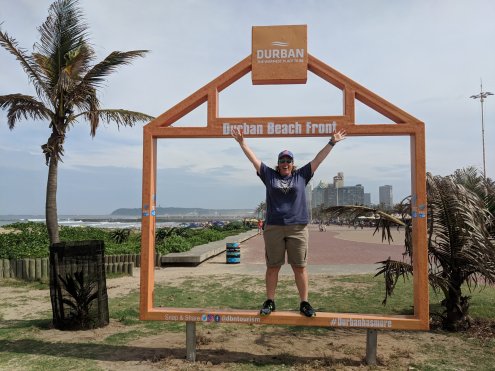 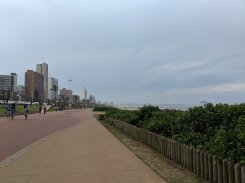 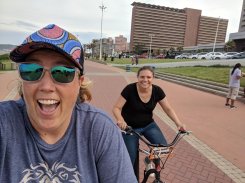 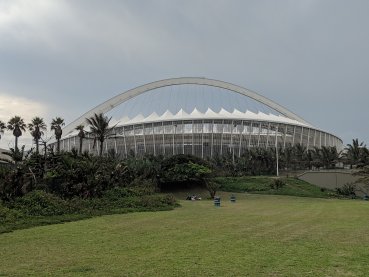 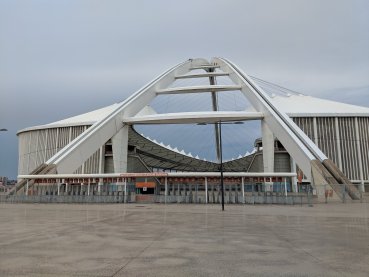 The Berg
I guess The Berg is short for lots of things? There’s Underberg and then there’s the whole Drakensberg region. Big towering mountain ranges that you would nvever guess belonged to South Africa. We meet up with a group of Cherub’s friends who have rented a cottage with a killer view. Our little cottage is over 5000 ft. in elevation so the mountains around us have to be pretty tall. There’s endless gin and tonics and then a massive braai as we ring in the new year. I have to force myself to stay awake as I slip into a very sad state. 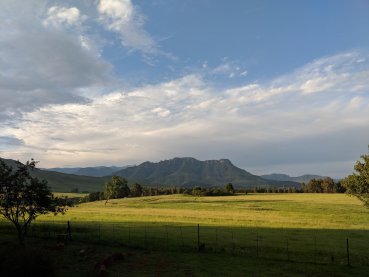 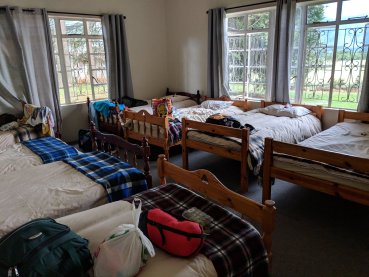 The reality of 2019 is here and can no longer be ignored. The year where I will have to leave my home on Smart’s Mountain forever. Certainly, change is part of life but this one’s hard. This is the only home I’ve ever known and I have an umbilical connection to the land. It feels unfair and very raw and I have to push back the tears. It’s stunning how greed and dementia can crumble an entire family. And I don’t just mean my immediate family. My Dad’s called out the troops, recruiting all sorts of supporters. Virtually all of his first cousins believe his abuse story. My Dad’s brother Jay, niece Denise and family all have aligned with my Dad and brother. Not even one word from any of them to me and my Mom this holiday season. It’s simply stunning how family you’ve known your whole life can drop you so quickly.

I awake in 2019, still in my funk from the night before. That afternoon we drive back to Durban for one last night before I fly out to Johannesburg tomorrow. 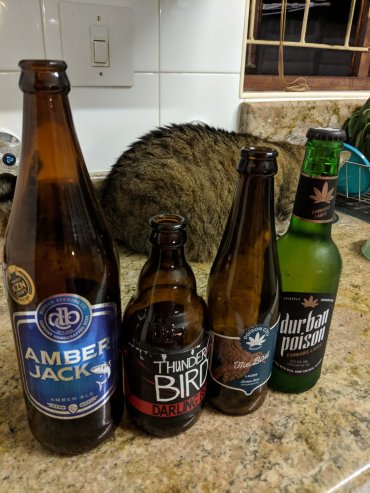 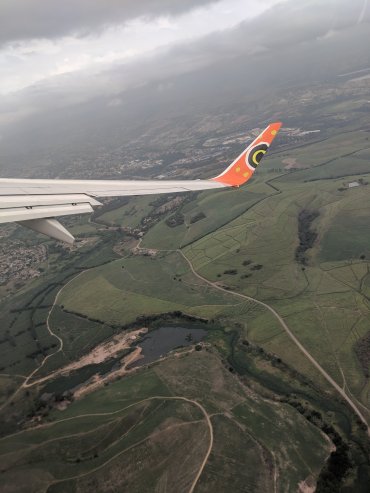 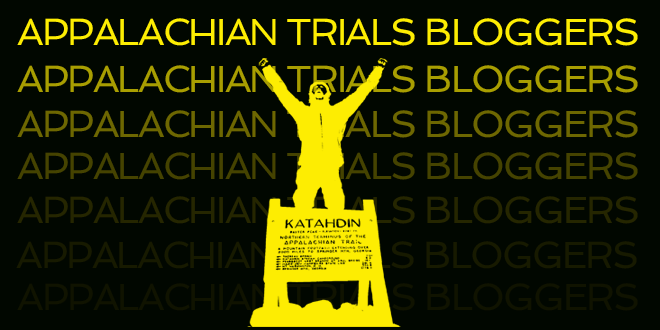 You can Wonder all you want, or Wander and find out...

"What you give to the world is what it keeps of you."

according to the map
Vanessa Friedman

COME HIKE WITH ME

I am a pediatric surgery travel nurse, amateur photographer, and aspiring travel blogger, who hiked from Mexico to Canada on the Pacific Crest Trail in 2017! Visiting all 59 National Parks before my 35th birthday!

Blue on the trail

Just some joyful jawing about backpacking, hiking and snowshoeing